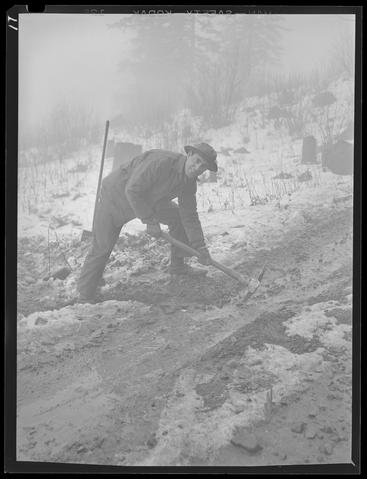 Photograph showing a smiling man at the Civilian Public Service Camp #21 at Wyeth, in Cascade Locks. He is standing along the side of a dirt road, and is leaning downwards with a pick ax. Snow is on the ground behind the man (negative 12 of 22).