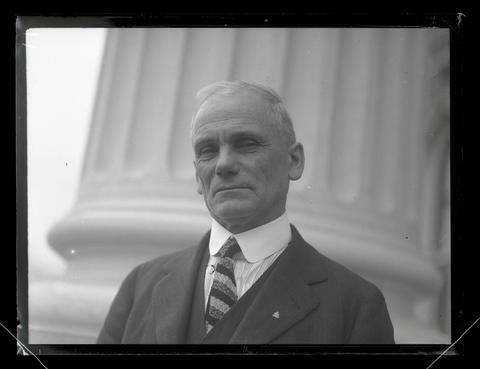 Head and shoulders portrait of Walter G. Lynn outside the Oregon State Capitol in Salem in January 1923. The number 11 is written on the negative and is visible in the upper left corner of the image. A cropped version of this photograph was one of six published on Page 1, Section 2, of the Oregon Journal city edition on Sunday, January 14, 1923, under the headline “Who’s Who at Salem, Where Oregon Legislature Is In Session.” The photographs had the following caption: “State House snapshots by Journal staff photographer.” This photograph had the additional information: “Walter G. Lynn, Portland, calendar clerk of house and ex-representative.” Also see the related images published with this photograph: Nos. 379G0164, 379G0194, 379G0196, 379G0200, and 379G0208.