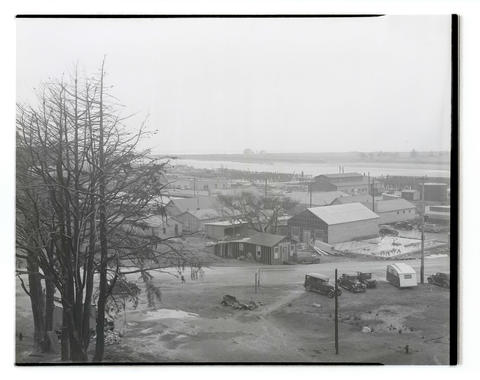 View of new buildings in Bandon three months after fire

Photograph showing new buildings under construction in Bandon, Oregon, three months after a forest fire destroyed the town. A cropped version of this photograph was published on Page 7 of the Oregon Journal on Sunday, December 27, 1936, under the headline “Scars Left by Night of Flames Disappearing as Bandon Resolutely Builds Again.” This photograph had the following caption: “A view of New Bandon.” See related image Nos. 372A1213, 372A1229, 372A1230, 372A1231, and 372A1232. Image note: The number 1 is written on the negative.