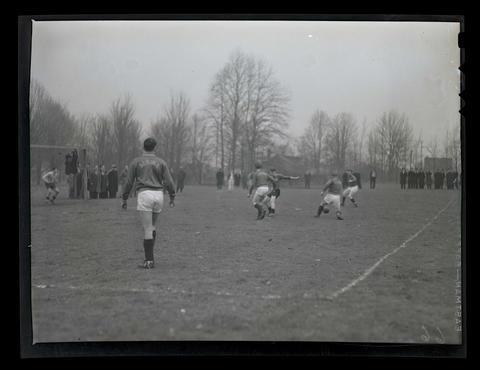 Photograph showing players for the Albina Engine & Machine Works shipyard soccer team, the Subchasers, on the field during a game against an unidentified team. The opponent may be a team of visiting British sailors, who played a series of games against Albina in December 1942 and in 1943. The number 66 is written on the negative and is visible in the lower right corner of the image. The text “Albina shipbuilding” is written on the negative sleeve. Also see image Nos. 375A0650, 375A0651, and 375A0652.