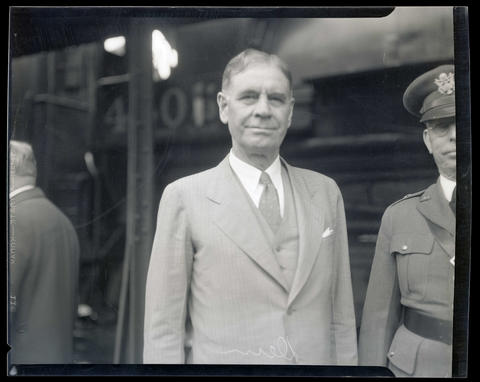 Photograph of Secretary of War George Henry Dern facing front. At right, partly outside the frame, is Brigadier General James Kelly Parsons. This photograph was taken on August 2, 1934, when Dern was in Portland for a visit by President Franklin D. Roosevelt. The name “Dern” is written on the negative and is visible at the bottom of the photograph. See related image Nos. 371N0609, 371N0610, and 371N0684. Image note: Photograph is out of focus.