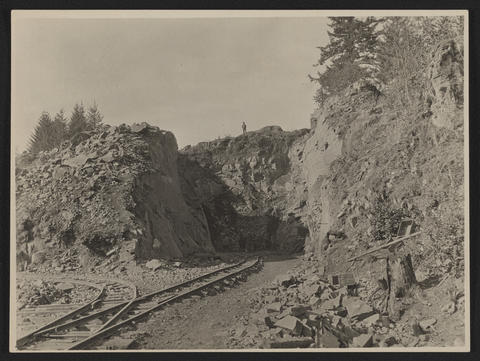 Photograph of railroad construction workers standing in an unfinished rock cut. Steep rock cliffs rise all around them and one person stands on the cliff above them. Railroad tracks, still under construction, end at the rock face behind the workers. Taken on the Washington side of the Columbia River Gorge. Handwritten note on the back of the print reads, "Rock cut at 1488." Second note reads, "MP 52.5 near Carson, tracks at left to river's landing."