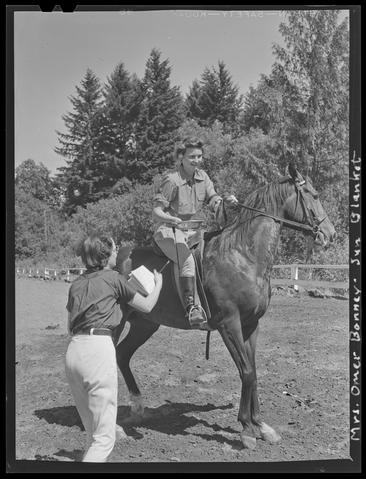 A woman rides a horse at the spring race meet for the Portland Hunt Club at Garden Home. She is holding what appears to be a metal bowl. In front of her, another woman stands at ground level holding folded papers. The rider uses one hand to hold the horse’s rein. Written on the negative is “Mrs. Omer Bonney - Sun Blanket” (negative 1 of 6).