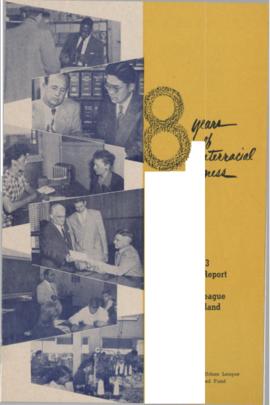 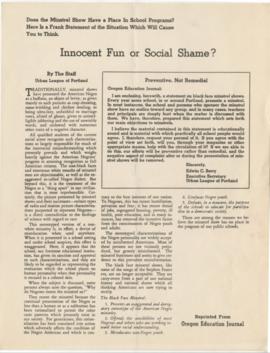 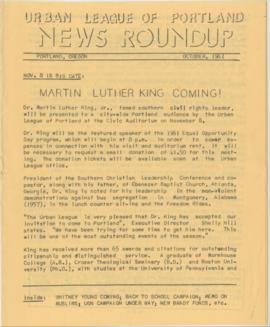 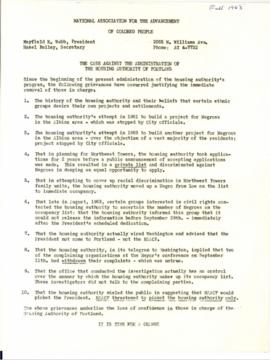 The Stella Maris House, a lay Roman Catholic social justice group based in Portland, Oregon, was founded in 1951. Funded by charitable donations, the group maintained a small staff that included director Mary C. Rowland, Irene Chavin, and Jim Guinan. The group sought to enact change through close community involvement; consequently, it established headquarters inside neighborhoods it wished to serve. The group's Portland headquarters were located at 208 NE Weidler until the mid-1960s, when they moved to 3106 NE 11th.

The storefront facility soon branched out from the work of the Catholic Interracial Apostolate to include many educational and social causes such as education and childcare, urban renewal, and housing and employment equality. In cooperation with the Valley Migrant League, the Stella Maris House became particularly involved with improving the living conditions of migrant workers during the 1960s. The group worked with numerous additional organizations, including the National Association for the Advancement of Colored People (NAACP), Albina Citizen's War on Poverty Committee (ACWOPC), the Metropolitan Interfaith Commission on Race (MICOR), the Albina Neighborhood Council, the U.S. Office for Economic Opportunity (OEO), the National Urban League, and dozens of small, locally-based groups.

The Stella Maris House closed in the early 1970s.

Ranging in date from 1940 to 1973, the Stella Maris House Collection consists of printed material, correspondence, and administrative, financial, and legal records created and collected by the Portland, Oregon-based social justice group during the course of their work. The collection demonstrates the local evolution of social issues key to the history of the United States during the 1960s. Over a third of the archive's content is dedicated to Oregon's migrant labor rights movement, and it also features records documenting the area's civil rights movement, urban renewal projects, interstate highway infrastructure, and social welfare programs initiated by the Economic Opportunity Act.

The bulk of the collection consists of printed material created by a number of local and national organizations between 1960 and 1972, then collected by the Stella Maris House. This portion of the archive includes programs, reports, studies, surveys, correspondence, brochures, and flyers generated by civil rights, migrant rights, and peace movement groups. Items of note include the Albina Neighborhood Improvement Project's plans for urban redevelopment (Series B), an African-American employment survey conducted by the Metropolitan Interfaith Commission on Race (Series E), and records documenting the Housing Authority of Portland (Series I). The collection also features printed material created by the National Association for the Advancement of Colored People (Series E), the Valley Migrant League (Series J), and the United Farm Workers (Series J). Newspaper clippings that document events important to social justice movements constitute a substantial part of the collection.

A small but significant portion of the collection was created by the staff members of the Stella Maris House; it includes notes by the staff documenting the meetings of local groups. These meeting notes often provide remarkably candid insights into the workings of area groups. Additionally, Stella Maris House staff members also contributed group and program histories to the collection.