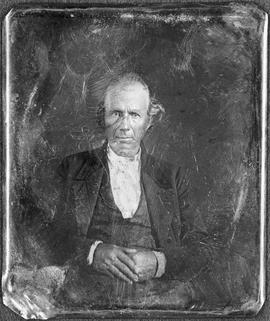 Digital object created from copy negatives taken from original unsealed daguerreotype. Visible scratches and deterioration are from the original. Plate manufacturer’s hallmark visible on the top right of image. 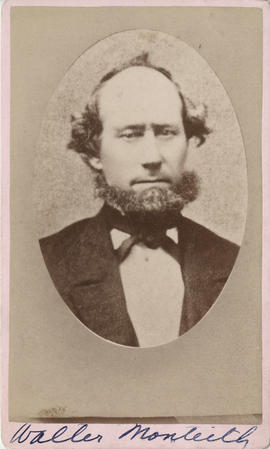 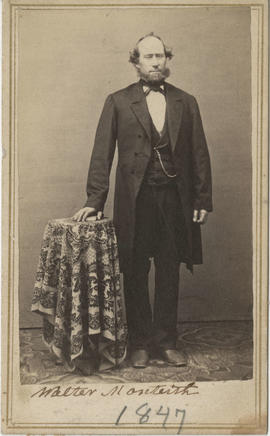 Walter Monteith, pioneer of 1847 to Oregon. He was born in 1816 in Fulton County, New York, to Archibald and Mary (McLain) Monteith. He crossed the plains in 1847, coming from Illinois. He was a co-founder of Albany, Oregon, where he met and married Margaret Amanda Smith. He died on June 11, 1876, in Albany.