Al Monner worked as a photographer for the Oregonian newspaper in Portland from 1936 to 1938. In 1938, he was hired as a photographer for the Oregon Journal newspaper, where he would stay until 1975. Beyond his commercial work for the Journal, Monner was a member of the Oregon Camera Club and maintained friendships with fellow photographers in the area, including long-time friend Ray Atkeson. His favorite photography subjects and personal interests included Portland's Roma community, still-life scenes, landscapes, and portraits of everyday life in Oregon.

An avid outdoorsman as a young man, Monner was a member of the Mazamas, a mountaineering group in the Portland area, and was later a founding member of the Wy'East Climbers. Despite not considering himself a "real climber", he summited Mount Hood 12 times, and also climbed Mount St. Helens. He continued to be a regular climber until the 1960s.

After retiring, Al Monner continued to take photographs for the Portland Art Museum. He died in 1998.

About the Project – A Q&A with Project Archivist Lindsey Benjamin:

Q1: Can you tell us about the phases of the project, and some of the work involved?

This project has had two main phases: one dealing with the physical state of Al Monner's photographic negatives, and a second to provide digital access to some of those images.

As an archivist, my primary goal is to provide robust public access to the wonderful collections I care for on a daily basis, and part of that is preserving and stabilizing the physical format of those materials. Al Monner donated his collection of large format (4x5 inch) and 35mm negatives to the Oregon Historical Society in 1986, which were housed in original paper sleeves with titles. Thus, my goal with phase one was to rehouse all negatives into individual archival sleeves, for long term preservation. Over 20,000 negatives have been rehoused, which are now being stored in archival boxes in our climate controlled photograph vault. While a majority of his negatives are in good shape, many, especially those from his early career, have suffered serious deterioration. By first addressing the physical needs of the collection, we've not only preserved the integrity of the negatives for future use, but it also gave me a firm foundation to assess the digitization opportunities for phase two.

Due to the size of the collection (20,000 is A LOT of photographs) and the limited duration of the project, we decided early in the project that phase two would involve digitizing only a selection of negatives, and not the entire collection. This has allowed me to move through a range of years, covering the 1930s into the 1950s, to provide our users with a wider range of topics. In phase one, I was able to create a sleeve inventory of each topic Monner photographed on a daily basis (i.e a fire in downtown Portland in May of 1948). In phase two, I then used this data to select interesting topics to digitize, covering a wide range of events in Portland and around the state. While most of the negatives in the collection won't be digitized, my goal for phase two was to provide our users with a sampling of topics, which can also act as a launching point for further research into Al Monner's work.

Beyond taking digital images of the physical negative, phase two also involved attaching descriptive metadata to the digital photographs. OHS Digital Collections includes over 30,000 items. Without good data attached to each image, it would be incredibly difficult for users to find anything. Thus, a main part of what we do in digital archives is attaching useful information, so that users can pinpoint items related to their search interests.

It's also important to note that the primary focus of this project was Al Monner's large format negatives, shot between 1936 and 1959. It did not cover his 35mm negatives created between 1959 and 1974. However, we look forward to potentially exploring these important photographs in a future project.

Q2: How is the collection organized?

Monner had originally organized his negatives loosely by date. However, when first surveying the boxes, I found that these were often mixed up. Thus, the start of phase one involved reorganizing some of the negatives to truly reflect how they were created over time. The resulting organization is a fascinating look at Al Monner's work on a day-to-day basis. For example, some days he would photograph anything from a Rose Festival Princess to a train accident within the span of hours, while other days maybe only one news story. This organization also lends to further research done in conjunction with the recently digitized Oregon Journal, available through Newsbank (check your local public library).

Q3: Can you talk about the process of digitization, and how you select the images that get put online?

The Oregon Historical Society completed a new Digital Production Lab (DPL) in 2019, which included a new camera digitization system. While I've participated in numerous digital projects over the years, I was excited to utilize the new DPL resources for the phase two digitization of the Al Monner news negatives, which happened to have coincided with this milestone project. Thanks to our DPL staff, I was trained to use our new Phase One iXG 100mp camera, which has become a gold standard in archival digitization in recent years. This system has allowed us to digitize faster, compared to using a flat bed scanner, while creating crisp and beautiful images.

As an archivist, I find photography to be an incredibly exciting medium to work with. Not only does it have a fascinating and rich history, but photographs have the ability to truly transport viewers to different times and places. When deciding what to digitize within a pool of 20,000 photographs, I had two main criteria: (1) important or interesting topics (such as World War II, particularly exciting events, or familiar places), and (2) anything that is just a great photograph. Sometimes these photographs are informational, such as a ship being built in World War II, and sometimes they're simply a striking image of a scene or object with a unique viewpoint. As someone who is also deeply interested in how places change over time, and how we connect with those places, I also prioritized negatives that captured lost architecture or altered landscapes.

My hope is that the resulting digital collection provides a broad snapshot of the physical collection, and acts as a launching point for further exploration.

Q4: What do you find interesting or notable in the collection?

There's so much that I enjoyed about this collection. The big events, such as the efforts around World War II, give a good overview of those seismic events in the Portland area. In particular, I find his 1942 photographs of Japanese Americans at a detention center in the Pacific International Livestock Exposition building to be both informative and devastatingly sad. This is also true of his 1948 photographs showing the aftermath of the Vanport Flood and it's rehoused residents.

I also find the daily events photographed by Monner, such as lost children or house fires, to be fascinating. Or, his photographs of tiny Mill End park in Portland, spanning many years. In particular, beyond the visual nature of each photograph, his collection as a whole tells a story of what the Oregon Journal prioritized as news, and interestingly, what it didn't. 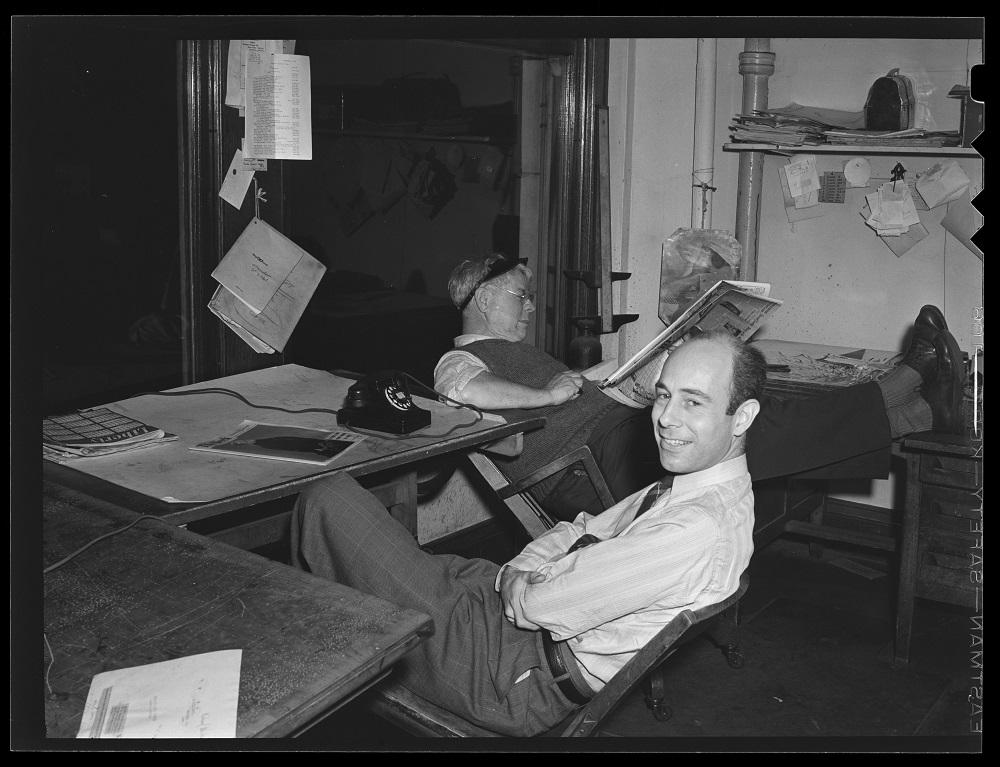 Digitization of the Al Monner News Negatives is made possible by:

As part of our ongoing efforts to advance knowledge and inspire curiosity about all the people, places, and events that have shaped Oregon, we are fundraising to enhance and expand our capacity to create access to new materials and improve the infrastructure capable of creating and preserving digital objects for the long term.