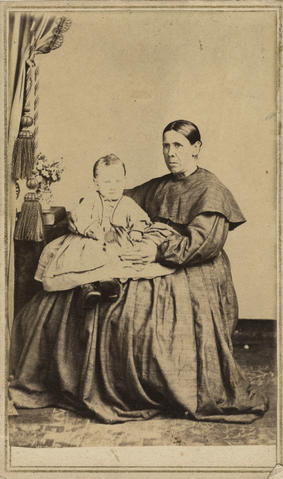 Charlotte Smith, born in 1818 in Knox, Tennessee, who married James Benton McCallister May 13, 1834, in Boone Co., Missouri. They came across the plains in 1844 and were some of the earliest settlers north of the Columbia River. He died in Pierce Co., Washington Territory, on October 27, 1855, during the Indian Wars. In July 1858, she married William Mengel. She died on October 12, 1865, a mother of twelve children.