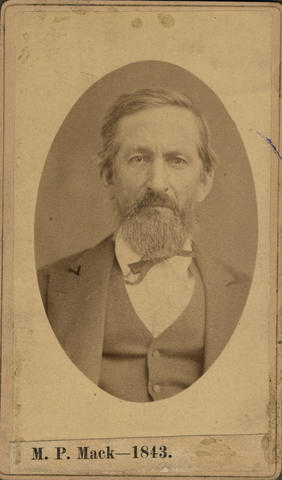 Nathan Parsons Mack, born in 1813 in Massachusetts, the son of Nathan and Daphne (Warriner) Mack. He arrived in Oregon Territory from the Sandwich Islands (Hawai'i) in 1843 and settled first in Salem, and subsequently in Clackamas County. He had two wives - Mary Clum and Mary Arthur, at separate times. His obituary states that he had been indigent and infirm for many years before his death, and lived alone. He had supported himself on the proceeds of a small garden for years. He died of natural causes at home in Salem on February 16, 1893.