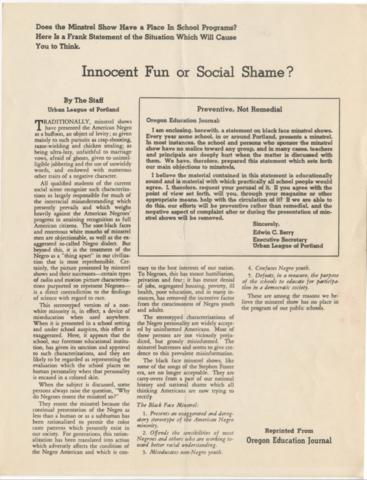 Urban League of Portland (Portland, Or.)

The Urban League of Portland provided this explanation against staging minstrel shows and blackface in schools. It was published in the Oregon Education Journal, c.1950. Edwin “Bill” Berry, who would later become the Executive Director of the Chicago Urban League, included a note addressing the teachers and principals who were “deeply hurt when the matter is discussed with them.” The goal of the essay, Berry wrote, was to educate as many teachers as possible so that the League’s “efforts will be preventative rather than remedial.”