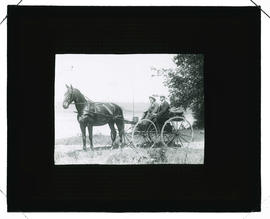 “On the road to the hawk’s nest”

Mounted lantern slide of William L. Finley and Herman T. Bohlman sitting in a horse-drawn buggy on their way to photograph a red-tailed hawk’s nest. 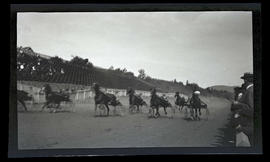 View of people watching harness races from the grandstands. 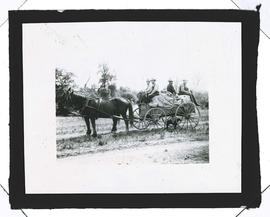 Unmounted lantern slide of four unidentified men in a wagon with two horses on their way to Three Arch Rocks. A dog stands underneath the wagon. Original negative: OrgLot369_FinleyA2516.