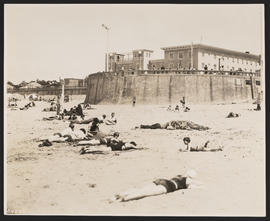 People on the Beach in Seaside, Oregon

Photograph of people lying on the beach in Seaside, Oregon. Behind them, people walk along the Seaside Turnaround and Promenade, in front of the Hotel Seaside. Stamp on the back of the print for Arthur M. Prentiss, Commercial Photographer. Handwritten note on the back indicates this was taken circa 1936. 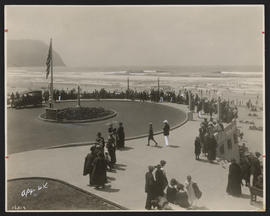 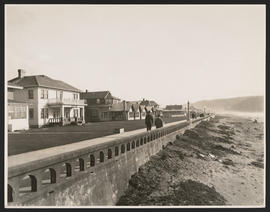 Photograph of the Seaside Promenade in Seaside, Oregon. Taken looking south, the promenade stretches far into the distance, with the beach on the right and hotels or vacation rentals on the left. A sign on one building reads, "Scott's Cottages." A few scattered people walk along the promenade. Stamp on the back for Arthur M. Prentiss, Commercial Photographer.