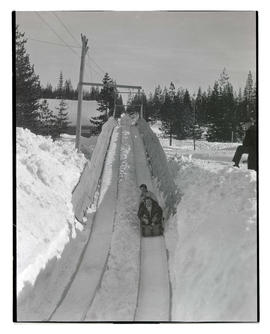 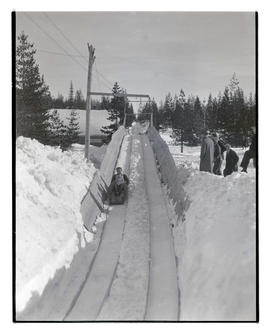 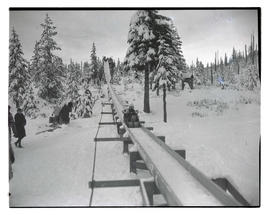 Photograph of three unidentified people riding a sled down an elevated track, probably the toboggan run at the Battle Axe Inn in Government Camp, Oregon. The ground and trees on either side of the run are covered in snow. 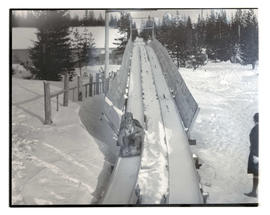 Photograph of three unidentified people riding a sled down the Battle Axe Inn’s toboggan run in Government Camp, Oregon, in February 1930. Image note: Photograph shows discoloration due to deterioration of the negative.