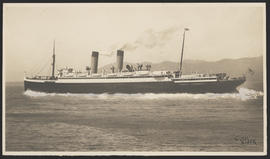 Photograph of a steamboat on a river, likely the Columbia River near Astoria, Oregon. Handwritten note on the bottom of the print reads, "Copyright 1915, Kiser." Stamp on the back indicates this was a Kiser photograph taken for SP&S Ry. 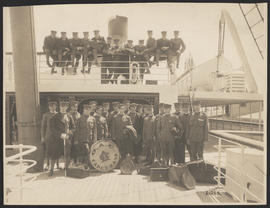 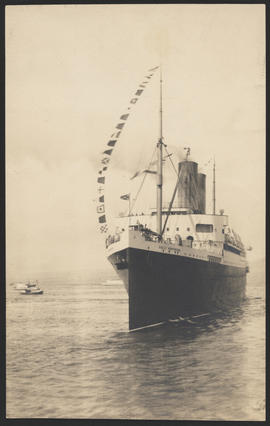 Photograph of the S.S. Great Northern on the Columbia River near Flavel, Oregon. This ship was built by the Great Northern Pacific Steam Ship Company for the SP&S Railway. It served to transport passengers and freight between terminals in Astoria, Oregon and San Francisco, California. Handwritten note on the back of the print reads, "S.S. Great Northern, Gt. Nor. Pac. S.S. Co. Docking at Flavel, Mar. 15, 1915. First arrival at mouth of Columbia River. Fred A. Kiser Photo." Second handwritten note on the back reads, "Return to SP&S Ry. AJ(?) Crosbie, SPA, Portland, Ore." 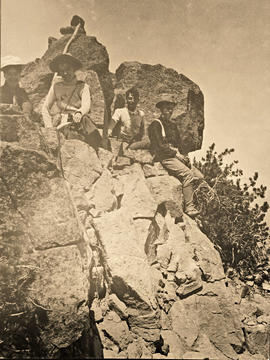 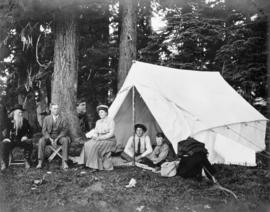 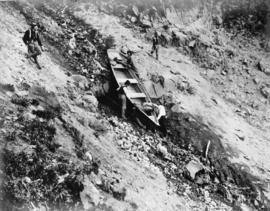 Will Steel's party getting boat down steep rim of Crater Lake

Will Steel's party in boat on Crater Lake 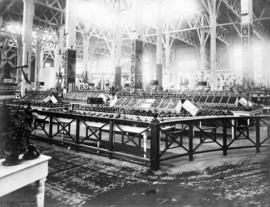 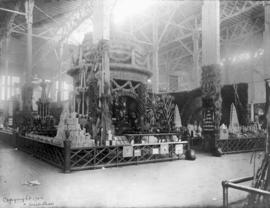 Bandstand and terrace at Lewis and Clark Centennial Exposition, 1905

Guild's Lake, "Bridge of Nations" and U.S. Government buildings in the background. 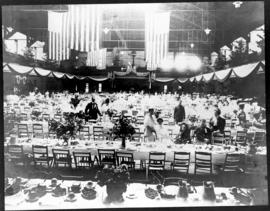 Cowboys statue in the foreground. 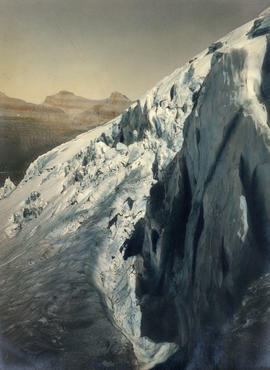 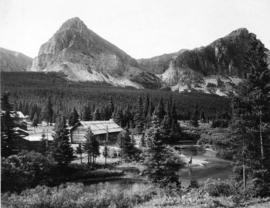 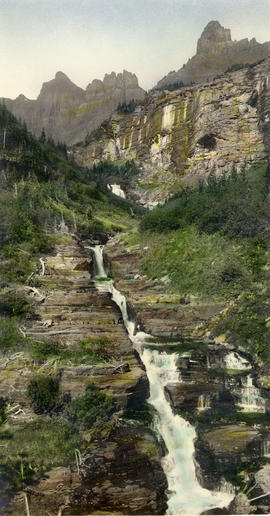 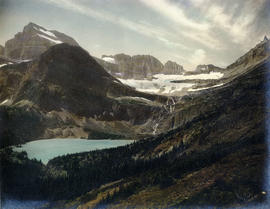 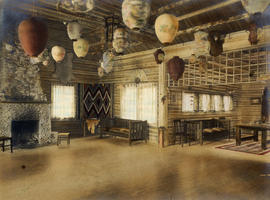 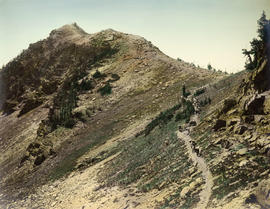 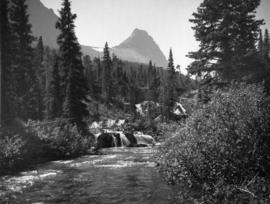 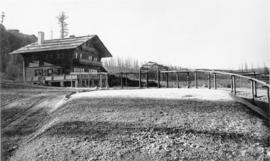 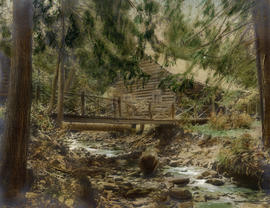 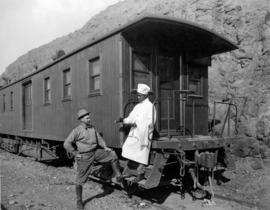