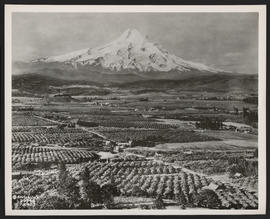 View of Orchards and Mount Hood

Photograph of a view of Mount Hood. Orchards dot the landscape in the foreground, likely near Parkdale, Oregon. Typed writing on the back reads, "Mt. Hood in Oregon from the head of the Hood River Valley." 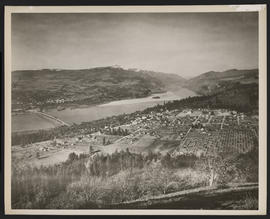 View of Hood River and White Salmon on the Columbia River