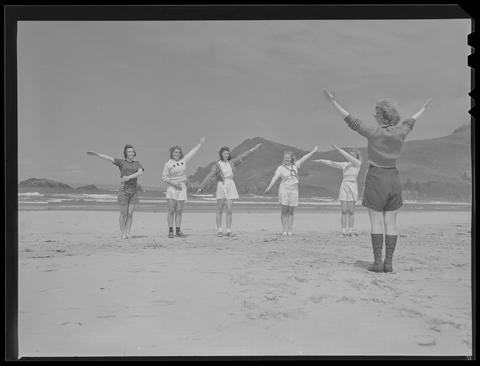 Photograph showing a group of young women on a beach near Camp Westwind, as part of the YWCA’s Girl Reserve program. All of the women have their arms raised, one of which is facing away from the camera and towards the group. Their arm positioning appears to be flag semaphore spelling out, "Hello U." Cascade Head can be seen in the distance, across the water (negative 18 of 22).