Item 371N4989 - Crowd around Spirit of St. Louis before Lindbergh’s departure from Portland 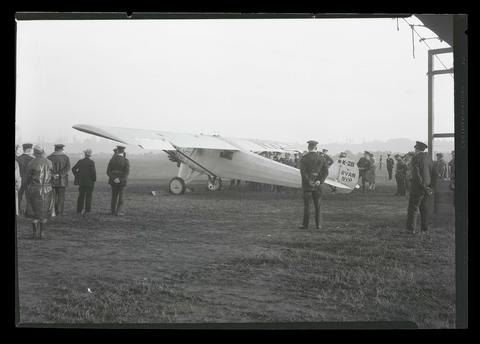