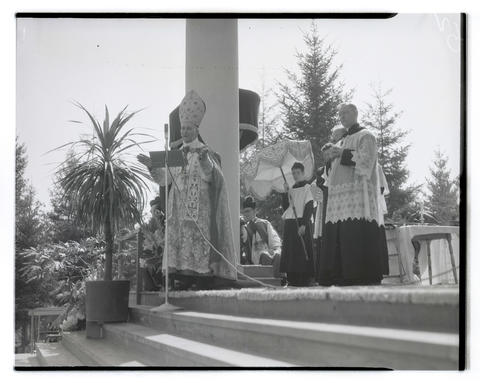 Photograph of unidentified clergy conducting an open-air service at the Sanctuary of Our Sorrowful Mother (The Grotto) in Portland during the Marian Congress, held August 12-15, 1934. The man standing and speaking at left may be Cardinal Alexis Henri Marie Lépicier, who traveled to Portland from Rome for the congress. The number 52 is written on the negative and is visible in the upper right corner of the image. Also see image Nos. 371N4231, 371N4240, and 371N4253.